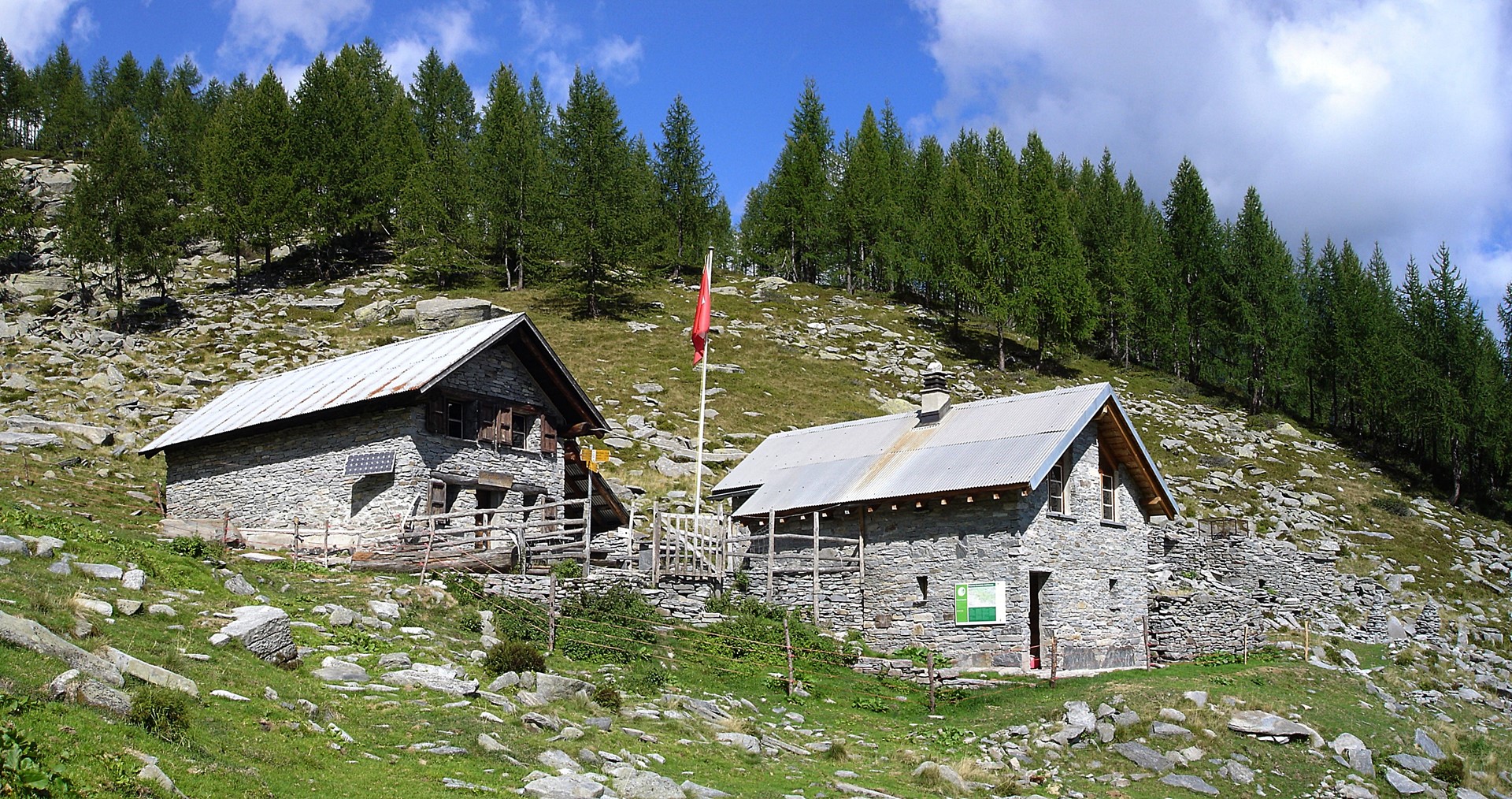 The Capanna Arena is an unattended hut located on the right slope of the upper Vergeletto valley at 1687 m.a.s.l., in the Arena area and in the middle of the Forest Reserve of the same name established in 1992.

Positioned at the upper edge of the woods, it enjoys a landscape dominated by larch, fir and ancient beech trees.

Near the hut, the more fortunate visitor will be able to catch a glimpse of some of the varied wildlife in the area, such as black grouse and chamois.

The hut can be reached by a convenient red-white trail that leads into the forest adjacent to Grotto Fondovalle in Vergeletto. By public transportation it can be reached as far as the Zott/Funivia Salei stop, then continue on foot to the bottom of the valley.

From the hut, toward the northwest via Alpe di Madéi, it is possible to reach Alpe Porcaresc and Lago della Cavegna; the same path then reaches Alpe Sfii and finally the village of Cimalmotto in the Campo valley.

In the opposite direction one can reach the Salei Alp via the Pièi Bachei Alp, thus reaching the sunny sector above Spruga with the many hiking trails in the area.

The Arena Hut was built in 1982 and is divided into two buildings: the main building has a kitchen and dining room for about 20 people and service, a central fireplace and tables, and a secondary building houses a dormitory for 30 people on bunk beds.

Please before Booking or contacting make sure to read the Hut Rules
Thank you! 🙂 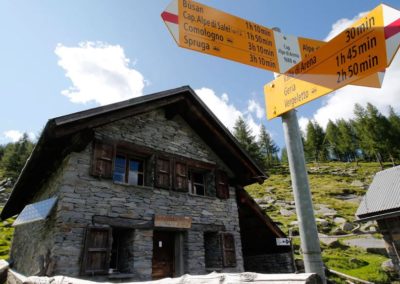 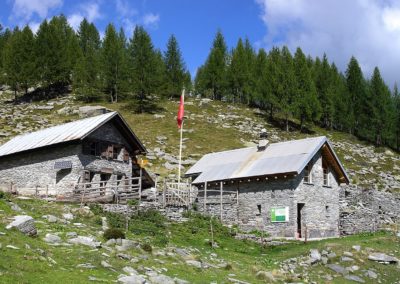 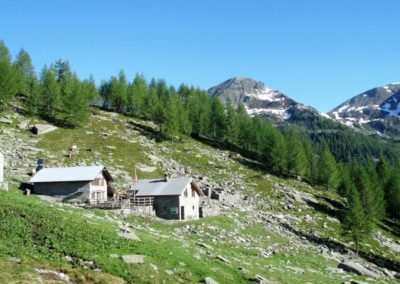 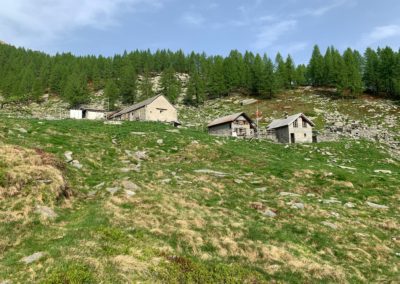 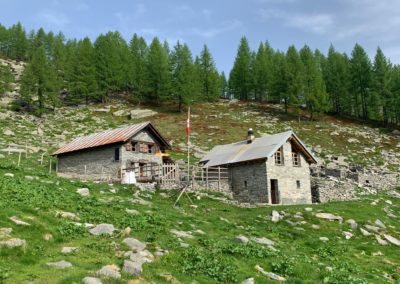 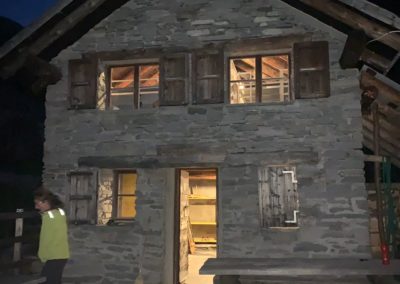 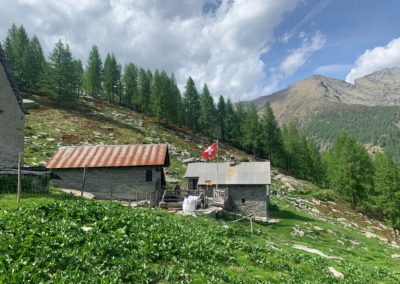 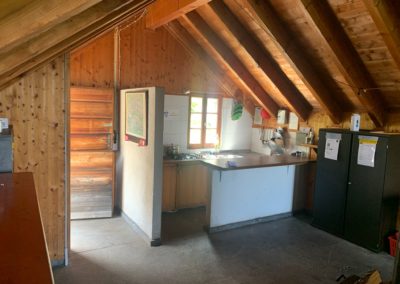 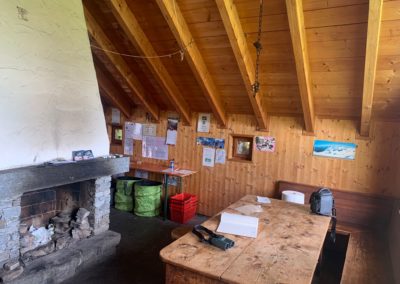 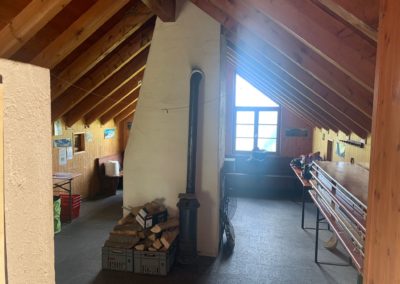 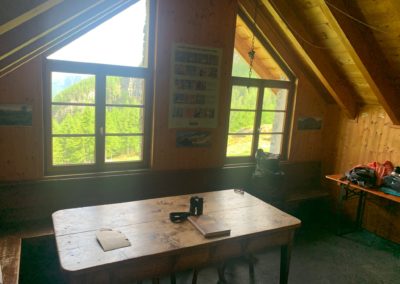 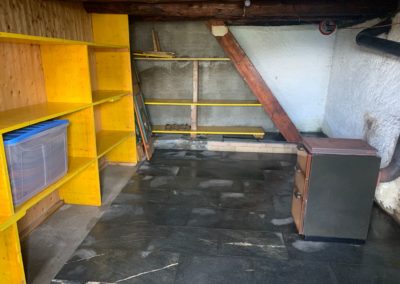 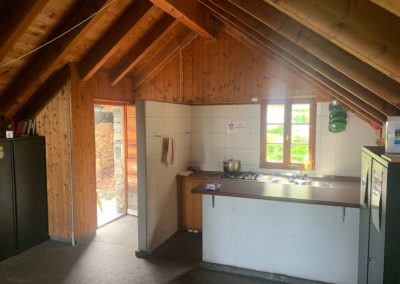 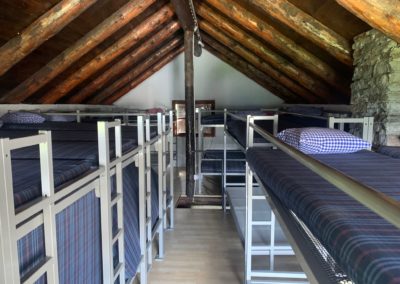 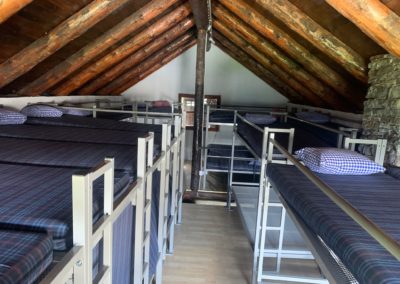 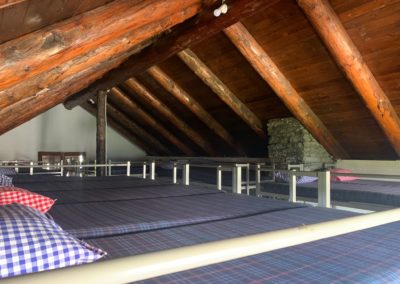 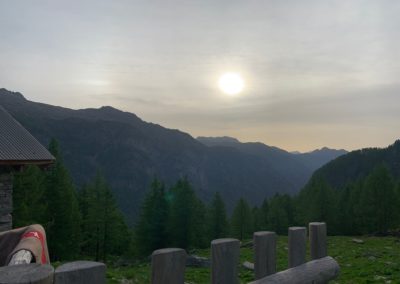